Actons has become one of the only firms in the region to have two insolvency lawyers also qualified as insolvency practitioners.

This latest development means that Actons are better placed than ever to offer a wide range of insolvency advice to insolvency practitioners and others involved in the insolvency process.

The Insolvency practice at Actons has been consistently ranked in the top tier in the East Midlands by The Legal 500, the independent guide to the legal profession.  The team were recently shortlisted as part of the national Legal 500 Awards for their work in the Insolvency sector.  Elsewhere, the team is also ranked in the Chambers & Partners guide across the wider Midlands region.

Annabel said: “I’m delighted to have finally obtained the Licence after all the hard work involved in studying whilst working and gaining experience within the insolvency sector.”

Nicky Calthrop-Owen, Director added: “I am absolutely delighted that Annabel has obtained her insolvency licence.  It’s quite a coup for us, not only to have such a strong insolvency team but to also have two dual-qualified insolvency lawyers.”

The recently released 2016 edition of the Legal 500 commented that the Insolvency team provides “clear, accurate and unambiguous advice”.  Chambers & Partners describes the team as a “Robust insolvency team handling a range of contentious and non-contentious issues.” 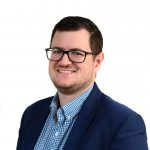