The above case contains an analysis of the defence of unilateral mistake relating to an unusual set of circumstances.

“Alright, so I’m getting max stake of 203, would you give me just a quick moment to call up a trader to see if I can get that cleared for you?”

The operator responded to Mr Longley to state:

The operator spoke to the trader and mistakenly stated that Mr Longley was seeking to place a bet of £13,000 each way, rather than £1,300. The trader then sought authority from the Racing Risk Manager, who approved the bet and informed the trader, who informed the operator. The operator continued their conversation with Mr Longley, stating as follows:

“Operator: Hi, I got that cleared with a trader for you, if you like?

Operator: Alright, so that’s going to be twenty-six thousand coming from [Mr Longley’s account name], is that correct?

Operator: And your bet is on fine Mr Longley”

Paddy Power recorded the bet as if Mr Longley had placed a bet of £13,000 each way bet and there was evidence to show Mr Longley logged onto his Paddy Power app following his telephone call with the operator to show that he had checked that £26,000 had been deducted from his account. Redemptive won the race but Paddy Power eventually paid to Mr Longley winnings for the lower bet only, on the basis that this was the bet for which he had asked. Mr Longley brought a claim against Paddy Power for the difference between the smaller bet and the bigger bet and argued that Paddy Power had made him a counter offer for a  higher stake, which he had accepted.

The Court found that the claim had failed for a number of reasons. The Court held that the operator’s words were a mere confirmation of the (incorrect) amount to be placed and not a counter offer for a different bet. The claim accordingly failed at the first hurdle but the Court confirmed that in any event, the defence of unilateral mistake would have succeeded as Paddy Power had not intended to offer Mr Longley a bet, but to accept his bet and Mr Longley was aware of this. Further, Paddy Power was entitled to correct the bet on their system to the lower bet as its terms and conditions allowed them to correct obvious human errors.

While the facts of the above case are extremely interesting, it does highlight that unilateral mistake can only be established on the basis of actual knowledge and emphasises what a high hurdle this sometimes can be. 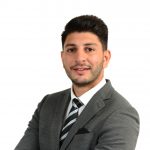