You are here: Home » Latest News » Be clear on commercial contracts

A recent case has highlighted the need for clear, unambiguous drafting in commercial contracts  to avoid uncertainty over contractual obligations.

It is clear that failure to provide clarity when setting out obligations and liabilities under the terms of a contract is likely to lead to unpredictable and potentially costly outcomes.

It is vitally important to ensure that any term of a contract is as certain as possible. All those involved should be clear on their obligations throughout the term of the contract, as well as their liabilities when it comes to an end.

The use of clear, unambiguous language will help to prevent disagreement over liabilities following contractual breach or termination; assisting in the avoidance of long and expensive legal battles similar to the case below.

Facts about the case

First Personnel had been the chosen provider of temporary workers to Halfords for over two decades until December 2011, at which point Halfords made the decision to terminate their partnership with the firm. Halfords tendered the contract for the provision of these workers and subsequently decided on a new provider. As an indirect result of this change, many of the temporary staff previously provided by First Personnel transferred across to the new provider.

First Personnel claimed, that in accordance with its contract with Halfords, it was entitled to a payment of £490,000 for staff introduction.

However, Halfords denied that such a payment had become payable under these circumstances; arguing that (among other things) the introduction fee clause was void for uncertainty.

The view from the Court

In an 11 day trial and 112 page judgement, the courts clearly stated their views on the contract’s wording – claiming it was poorly drafted and laid out.

Despite this, they found no reason to suggest that the contract’s wording shouldn’t be given effect merely based on the fact it had been badly drafted.

Whilst it appears from the facts above that Halfords had not been aware that such a payment would be payable under these particular circumstances, the court held that both parties had contracted on the basis that fees would be paid in situations such as the introduction of workers to Halfords.

For more information on this or for help with commercial contracts, please contact Peter Flowerday on 0115 9 101 316 or click here to send an email. 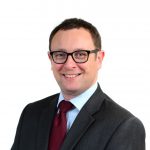