You are here: Home » Latest News » Will the UK become a tax haven after Brexit?

Back in January last year, Chancellor Philip Hammond hinted that the UK would do ‘whatever we have to do’ to ensure the UK’s economy prospered after Brexit – including making the country more attractive to investors as a ‘tax haven’ by cutting red tape.

Fast-forward 18 months and Hammond has done a spectacular U-turn and specified that the UK would definitely not become a tax haven in a bid to continue competing with EU rivals. He was speaking to French newspaper Le Monde recently, and wanted to ensure that the message was loud and clear – the UK would not be adopting any kind of ‘Singapore’ tax haven model simply to remain competitive.

This is in direct conflict with earlier reports, and has left a lot of people wondering what will really happen once the UK severs ties with the EU in a couple of years’ time. Will a wholesale revision of corporate tax in particular be necessary to ensure international businesses still see London’s financial sector in particular as an attractive place to do business? And how will it affect ordinary people?

Keep calm and carry on…

The simple answer to that question is ‘not a lot’. This debate probably has more bearing on business owners, (especially those who trade extensively with Europe), rather than on personal taxation issues. But any change to the economic model would have a trickle-down effect eventually, possibly influencing how taxation in general would be approached in the future.

The June election is probably the catalyst for Hammond’s change in direction regarding taxation. The current government no longer has a majority, which means it no longer has the ability to make taxation changes without the consent of the rest of parliament. Corbyn’s stance on taxation is the polar opposite to the Tories, and so it’s highly likely that there will be no major shifts in policy for the lifetime of the current parliament. This has been received with some relief in Europe, where various economies are now only just starting to revive.

An ‘offshore’ UK tax haven would have made any progress towards increased prosperity within the EU much harder to achieve. So Hammond’s reiterations that the tax haven isn’t going to happen any time soon has made it easier to potentially negotiate a much more favourable ‘medium-soft’ Brexit agreement that suits both the UK and the EU.

Corporate tax specialists are, nevertheless, keeping a very close eye on things. With so many twists and turns yet to come, it may be that the direction shifts back towards creating a more relaxed economic model that includes softer taxation laws for international investors, if it looks like the UK economy could be suffering from an outflow of investment. Already, many banking organisations are already talking about either shifting operations to Europe or, at the very least, opening subsidiaries in locations such as Paris and Frankfurt. But with a potentially more clement economic climate for international investors on the banks of the Thames, the UK still seems to be holding its own when it comes to attracting major financial organisations.

What will eventually determine what kind of a corporate taxation landscape the UK ultimately ends up with will be the trade agreements thrashed out in the latter stages of the divorce, and how attractive to trading partners outside the EU (such as the USA and China) the UK is. Taxation changes could sweeten many a pot, as well as increasing the speed with which trade agreements are ratified. But without that clear majority in parliament, the Tory government may find it hard to make the changes to the tax laws it needs to close those deals.

The UK doesn’t look like it’s going to become some kind of offshore tax haven any time soon, to the extent that locations like the Cayman Islands or Lichtenstein offer. Any taxation changes will be more inclined to benefit corporations rather than individuals, and will be difficult for the government to push through without the support of parliament. 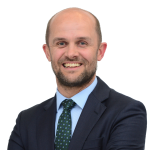