Modern businesses tend to be conducted through an entity which limits the liability of the individuals involved. There are numerous options, Private Limited Company (X Ltd), Public Limited Company (Y PLC) or a Limited Liability Partnership (Z LLP). Even firms of Solicitors, which have traditionally used the partnership business model, have in recent years largely moved into different structures.

What is a “Partnership”?

Generally, if two or more “persons” meaning individuals or corporate entities (limited companies can be partners) are working together intending to make a profit a partnership is created. No money needs to be made and no work needs to be undertaken, it is the intention to make money which counts.

Although claims can be brought against the trading name of the partnership, a partnership does not have a separate legal entity which means that any liability falls upon the partners.

If there is no written agreement in place, the partners have an equal share of the profits and liabilities which may not have been the plan.  Even if one of the partners “goes rogue”, in some circumstances the other partners could have to pick up the pieces.

Bringing a partnership to an end by unanimous agreement is relatively straight forward. However, in more extreme and unexpected circumstances such as the death of a partner, the future of the business quickly becomes uncertain as the partnership technically dissolves. Our firm advice is to have a robust partnership agreement in place as soon as possible to assist if circumstances change.

Case: Dr Samrath Cheema and Dr Stephen Jones (and others)

Even with written agreements in place; issues can still arise. In a recent case, Dr Cheema was invited into a partnership by Dr Jones, with all the correct documents prepared and signed. Not long after, three other doctors were brought into the business.

It’s quite fortunate that these issues arose so soon after the new doctors had joined the partnership. The business could have quite easily continued for years before anyone had realised the actual nature of the relationship potentially making it more difficult and expensive to resolve. Whoever was left to pick up the tab for the legal costs will not be feeling quite so fortunate.

This case is a stark reminder of just how important it is to have a comprehensive partnership agreement, which is understood by everyone involved before any business activity takes place.

For more information on partnership disputes, or to discuss any business-related dispute, please contact our Dispute Resolution team on 0115 9 100 100 or click here to send an email.

For information and advice on putting a partnership agreement in place, please contact Simon Dakin on 0115 9 101 321 or click here to send an email. 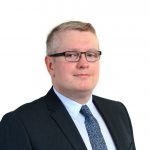