You are here: Home » Latest News » Gender Pay reporting – Is it really what it seems?

Employers with over 250 employees have been required to publish their gender pay gap since April 2017. The second year of reporting has just finished and in my opinion, the results suggest that very little has changed.

The Royal Statistical Society (RSS) have recommended various changes to be made to create a clearer, more consistent and more accurate system for gender pay calculations going forward.
Amongst their recommendations the RSS suggests:

This may go some way to protecting smaller companies reporting a sizeable gender pay gap, without taking into account the bigger picture. On the other hand, this approach accepts that gender breakdown within a company affects the overall pay gap calculation but fails to consider that the same could be said of various other factors such as age, education, roles etc. Arguably the recommendations need to go further than gender breakdown alone.

This is intended to make it easier to review the data, analyse progress and monitor trends. Whilst this would show whether the gap is widening or lessening over time, it’s doubtful if this gives any real indication of progress being made.

For example, Easyjet has consistently featured in the news as reporting a large pay gap, reporting a pay gap of 45.5% last year and 47.9% this year. At first glance, this looks like they have widened their pay gap since reporting began. In reality, they have increased their intake of female pilots (a predominately male role at the higher end of the pay scale) over the past year, but including cabin crew (a predominantly female role at the lower end of the pay scale), their pay gap remains skewed in favour of men. One way to reduce their pay gap would be to hire less junior female pilots and favour hiring male cabin crew over female. If employers are minded to take such a view, this cannot be a good outcome for equality in the workplace and is perhaps an unintended consequence of the gender pay reporting obligation.

To reduce misinterpretation, RSS has recommended that clearer guidance is issued. Various reports show that companies have failed to calculate their pay gaps correctly, owing to multiple methods of calculation currently being used with small changes and different breakdowns resulting in vastly different results. Providing clearer guidance reduces confusion for employers, but also provides a fairer system for all, preventing companies being able to calculate in various ways to produce the ‘best outcome’ pay gap.

The pay gap reporting has been open to wide interpretation by the media, where women in the workplace are frequently seen as being at a detriment to their male colleagues. It’s important to remember that for the reasons set out above, until the reporting requirements have been improved to provide clearer and more accurate results, little inference should be drawn from their figures. It’s also worth having in mind that gender pay is entirely separate from equal pay and as such the reporting requirement is not intended to be a measurement of equal pay or, equal work. That’s not to say that there isn’t gender inequality in the workplace but the question is how do we properly analyse and then address it?

If you would like to discuss these issues or any other Employment & HR matter, please contact our Employment team on 0115 9 100 200 or click here to send an email. 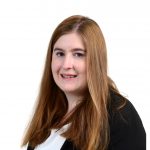