A Non-Disclosure Agreement (NDA), often referred to as a Confidentiality Agreement, is a contractual agreement used to protect the disclosure of confidential information.

It’s fair to say that since they hit the headlines last year, Non-Disclosure Agreements have been under the spotlight. But when used correctly within a business context they can be a very useful tool to protect commercially sensitive information which may be disclosed during confidential discussions.

NDAs can be used in a wide variety of circumstances, including when potential investors are looking to invest in a business, or when thinking about selling a business.

A Non-Disclosure Agreement is a formal written agreement where the disclosing party agrees to disclose information on the basis that any recipient will keep the information confidential. Depending on the nature of the business and progress of negotiations, the information to be disclosed could be highly sensitive and could include trade secrets and other vital business information on customers or suppliers. 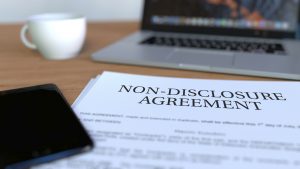 Why have an NDA in place?

Signing up to an NDA can provide useful protection as there is normally no obligation for a party to go through with an investment or purchase. NDAs can help protect against a party misusing information they have received.

Where information is valuable to the company or could be used by a competitor to the detriment of the company, it is important to formalise the arrangement rather than relying on just their “word”. Disclosure could be to another unrelated third party or making the information public.

An NDA reminds the parties the seriousness of their intent in entering into discussions, and could also act as a deterrent.

From a legal perspective, in addition to the commercial benefits above, an NDA ultimately provides a contractual right to sue should there be a breach of its terms.

However, it can be difficult to take enforcement action for breach of an NDA, so you shouldn’t see it as providing complete protection. It is always sensible to disclose only the minimum amount of information required, and perhaps hold back or redact any especially sensitive material.

When should an NDA be entered into?

It’s important to protect sensitive information before it is disclosed, so we’d suggest signing up to an agreement at an early stage.  This is because once the information has been disclosed, it becomes more difficult (but potentially still possible) to retrospectively protect the information which has been released.

If you are contemplating offering investment, negotiating the sale of a business, or would like to know more about NDAs for corporate transactions, please do not hesitate to contact a member of the Corporate and Commercial team on 0115 9 100 200 or click here to send an email. 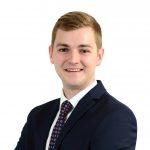